The Blue and the Green today

I do not know what happened from the time Roman horse racing went out of fashion until football was invented. The modern racing track at least is a very pale counterpart of its old predecessor. And so are its regular customers. In Byzantine times they were a wild bunch, but some of the modern Turkish hooligans do their best to imitate them.

In Antakya the partisans of the football teams Galatasaray, Beşiktaş and Fenerbahçe are well represented. In a small village outside Antakya we have even seen the big banner of Trabzon Spor (a football team from the black sea coast) hanging from one of the houses. But the modern Antiochian partisans are a lot more moderate than those of old.

Not so in Istanbul. There they do their best to imitate the supporters of the Blue team and the Green of old Byzantium. A friend of mine was nearly stabbed because he wore a scarf of wrong colours. One of the favoured weapons of the hooligans is the “döner bıçağı”, the shawarma knife, as big as a sword.

Another friend of mine, the Danish football-player Jess Høgh who used to play for Fenerbahçe, once told me that a small handful of Trabzon Spor supporters committed suicide because their team lost to his team. The Fenerbahçe team had to be escorted to the Trabzon Airport by the military.

Once there was a match between a Turkish club and a team from England. The riots in the streets were formidable. One of the hooligans was arrested and taken to court. The press and representatives of the consulate were there. He naturally denied everything, but was found guilty as one of the local newspapers had his lifelike picture on the front page showing him threatening a policeman. He was sentenced, but blamed it all on the interpreter.

In Antakya however football hooliganism is a laid-back affair. 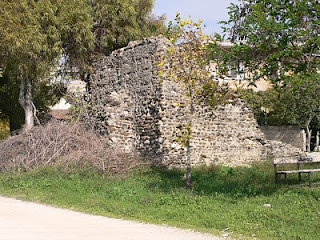 .
More that fifteen hundred years before F. A. Neale wrote his book about Antioch Libanius was born into one of the wealthy families of the city. He was a pagan and when he grew up he became a teacher of rhetoric. Some of his students became even more famous than their teacher. One of them was the preacher John Chrysostom.

In his Oration XI Libanius gives a speech in praise of his hometown. This is how he described nature around Antioch:

This, now, I can say concerning my native city, that it is the fairest adornment of the land that is fairest under heaven. ...

With us, however, all things vie with one another, the land, the streams, the temperate blending of the climate. As for the land, it is level like the sea, deep and rich and soft, yielding easily to the plough, wonderfully surpassing the expectations of its farmers, at once good for sowing and good for growing, and splendidly suited to both kinds of crops, providing tall trees in all their beauty and sheaves of grain taller than trees are in other lands, and crops in abundance, with more than an abundance of beauty. ...

The rivers which run through the country, who could number them, some large, some small, some flourishing at seasons, others created by the winter, all equally useful, some flowing from the mountains, some raising in the plains, some flowing one into another, others into the lake and others still journeying to the sea? ...

And while winter provides rain to satiety for the earth, taking away the cold, the heat makes the wheat spring up and fosters it with summer breezes which save both our bodies and crops from damage from burning heat. Thus for us alone is it possible to enjoy whichever of the seasons is present and to receive the coming one with pleasure, since in all of them there is a certain temperateness and gracefulness. ...
(Translation by Glanville Downey)
.
A lot of things have changed in Antioch since Libanius wrote his oration. Modern Antakya cannot measure up it its own past. Most of the old and beautiful houses are neglected and left to decay while new and ugly concrete buildings are erected. And nature that Libanius praised so highly is all too often littered with garbage and empty plastic bags.
But if you look behind it, the beauty is still there.
Posted by JCE at 11:57 No comments: 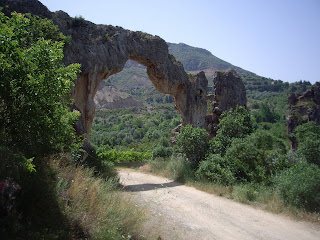 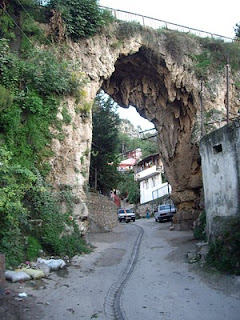 In his book Evenings in Antioch Neale relates how people in in Antakya 150 years ago used to come together in the evenings amusing themselves with songs and stories.

Things have changed. Now we have the television with its abundance of Turkish series. They are mostly extremely predictable and boresome, but they are popular with our Arabic neighbours.

Recently we experienced what good old days may have been like. We had a visit of Mithat Bey and his wife and during the visit Mithat Bey wanted to make a point. So he told us a story:

Prophet Moses - may the peace of God be upon him - once made a poor man rich. But as people came by they wanted to have a share of his fortune. As a result his riches soon started to evaporate. Finally they told him to go off to get them some food. So he did, but poisoned their shares. When he came back with the food they killed him first and ate the food afterwards. And so they all died.

A long and interesting story indeed and Mithat Bey assured us that it was not just a story. It really happened!

In some aspects Antioch has not changed.
Posted by JCE at 03:03 No comments: 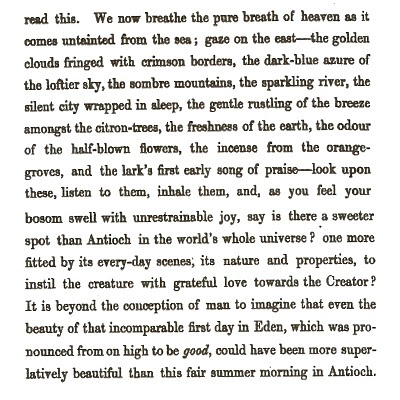