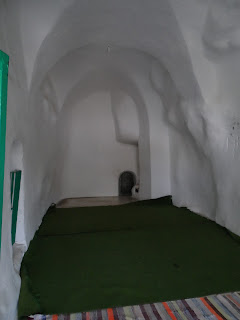 In Antakya Mount Silpius is called the Mountain of Habib al-Najjar (Turkish: Habib-i Neccar). According to a local legend a disciple of Jesus called Habib al-Najjar was martyred in Antioch in the first century. This assumption is usually based on Sura XXXVI in the Kur'an although no name is mentioned there.


As shown earlier, there was hardly any Christian martyr in Antioch during the first century, and the only martyr named Habib is from Şanlıurfa (Urfa or Edessa) and from the third century. (See "Habib-i Neccar and Sham'un," Antioch – The Queen of the East, http://antioch-on-the-orontes.blogspot.com/2011/10/habib-i-neccar-and-shamun.html.)


Nevertheless, halfway up the slopes of the south-western hill of Silpius you find a grotto supposed to have belonged to Habib al-Najjar. 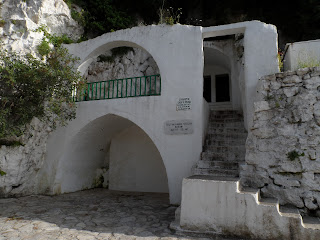 When Richard Pococke visited Antioch in connection with his journey to the Middle East (1737-42) he found a sanctuary up the slopes of Mount Silpius he called the Church of St. George. He writes:

"About halfway up the south-west hill, and almost opposite to the aqueduct: that is below the iron gate, is the church of saint George; the ascent is very difficult; the Greeks say this church belongs to them, but they permit the Armenians to make use of it; there are about three hundred of the former, and fifty of the latter communion in Antioch." [1]


Is this church the same as the present cave of Habib al-Najjar? We do not know. Its location and the way it looks would indicate a similarity. 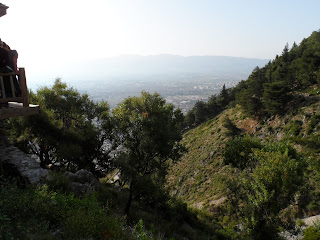