The Lake of Antioch or Lake Amik


In good old days there was a big lake north of Antioch. The city of Antigonia, the predecessor of Antioch, may have situated just south of this lake. During the years between1940 and 1970 the lake was drained, partly to eliminate malaria. [i] In 2007 the Hatay Airport was built on the site. It was opened to traffic in January 2008. 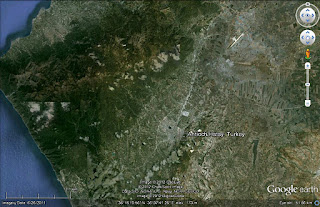 On the photo the city of Antakya is seen just below the centre
of the picture while the runway of the airport is at the top right.

The airport, however, being situateded on the bed of what was the Lake of Antioch, is dangerously close to the River Orontes. Furthermore, dams have been built on the Orontes on the Syrian side of the Orontes and when heavy downpours force the Syrians to open the sluices, it is felt on the Turkish side.

This happened recently with the result that the Hatay Airport was flooded. The Lake Amik again showed its old face. 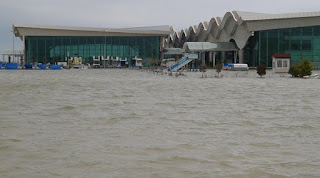