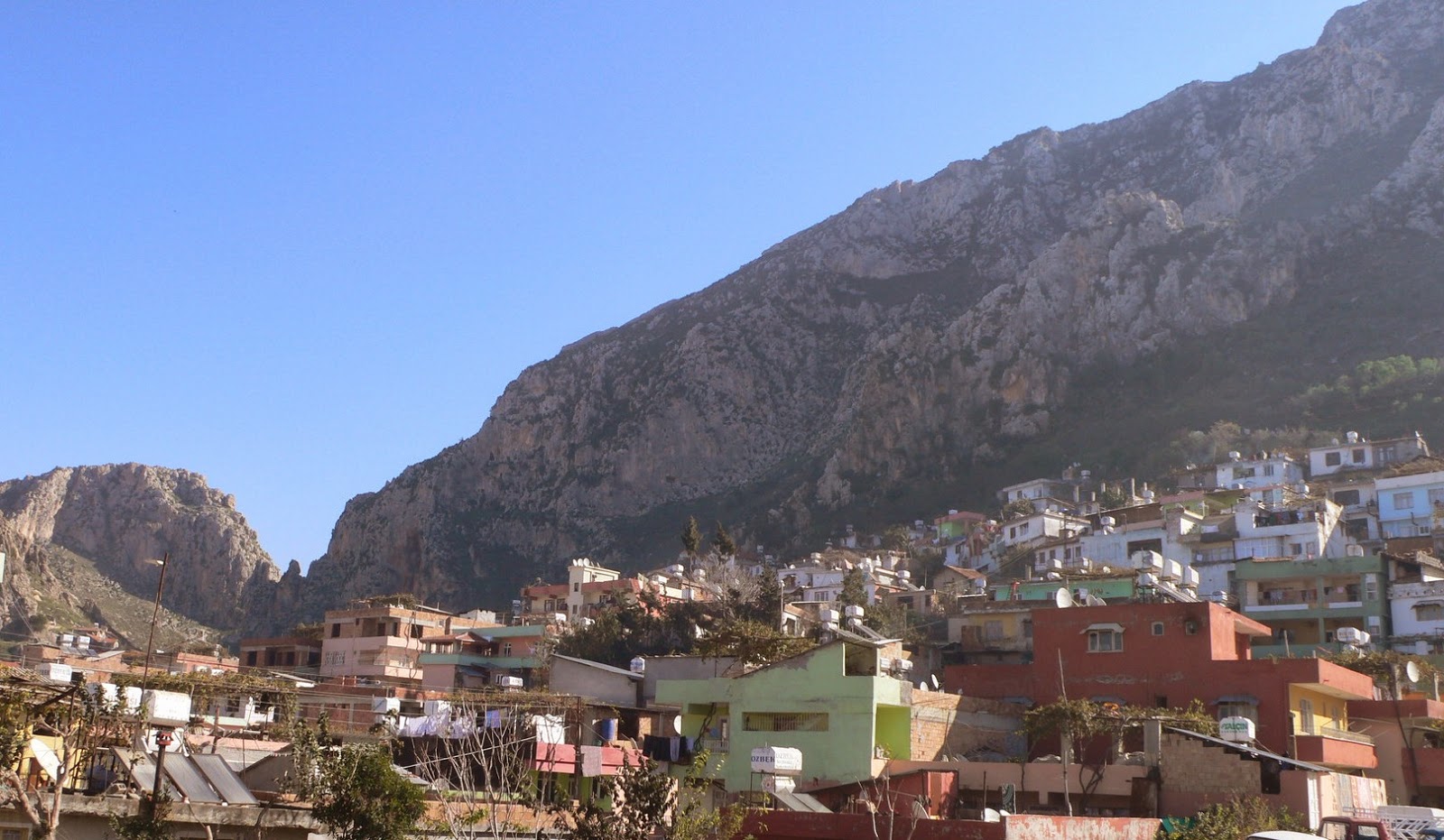 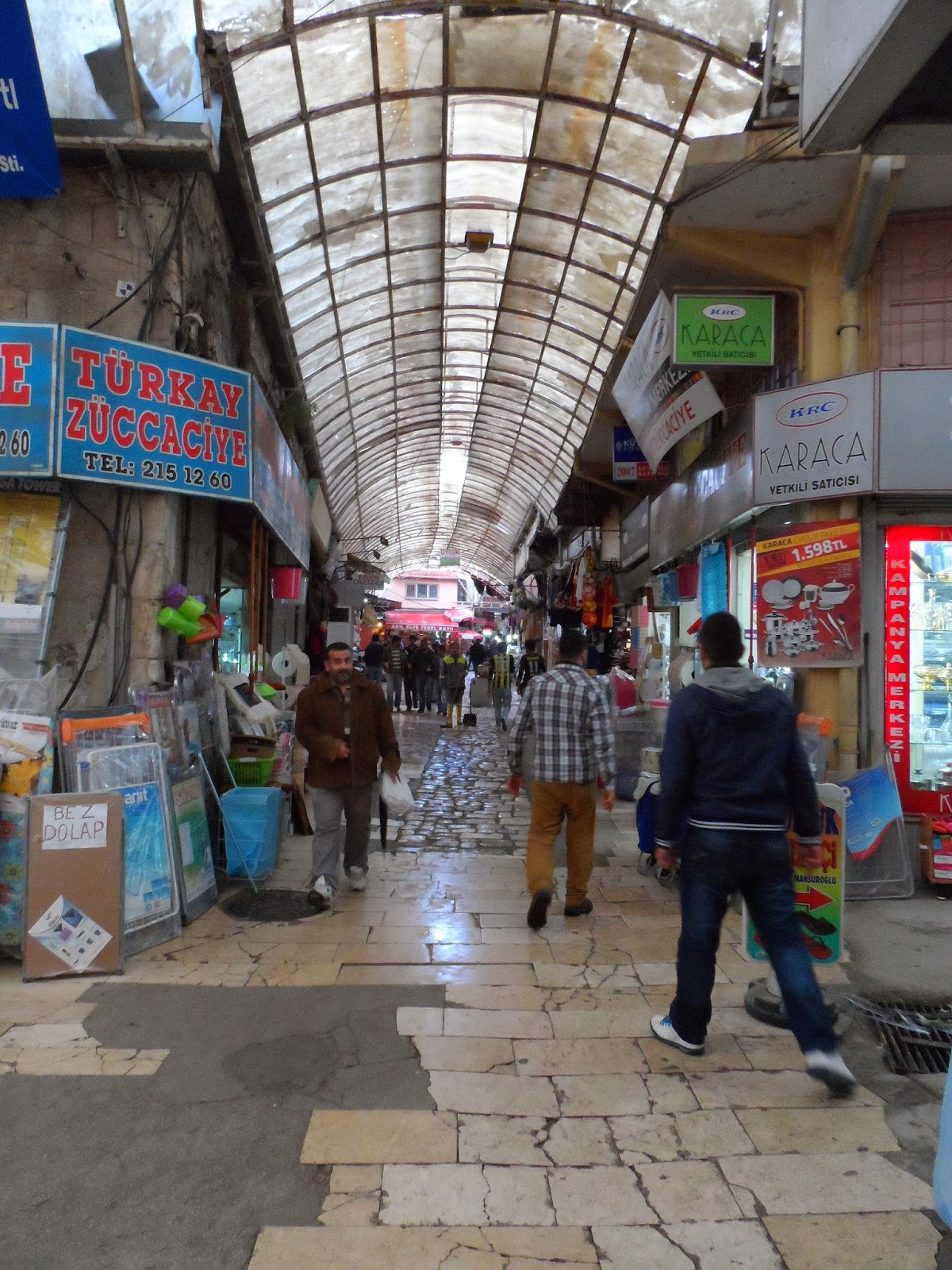 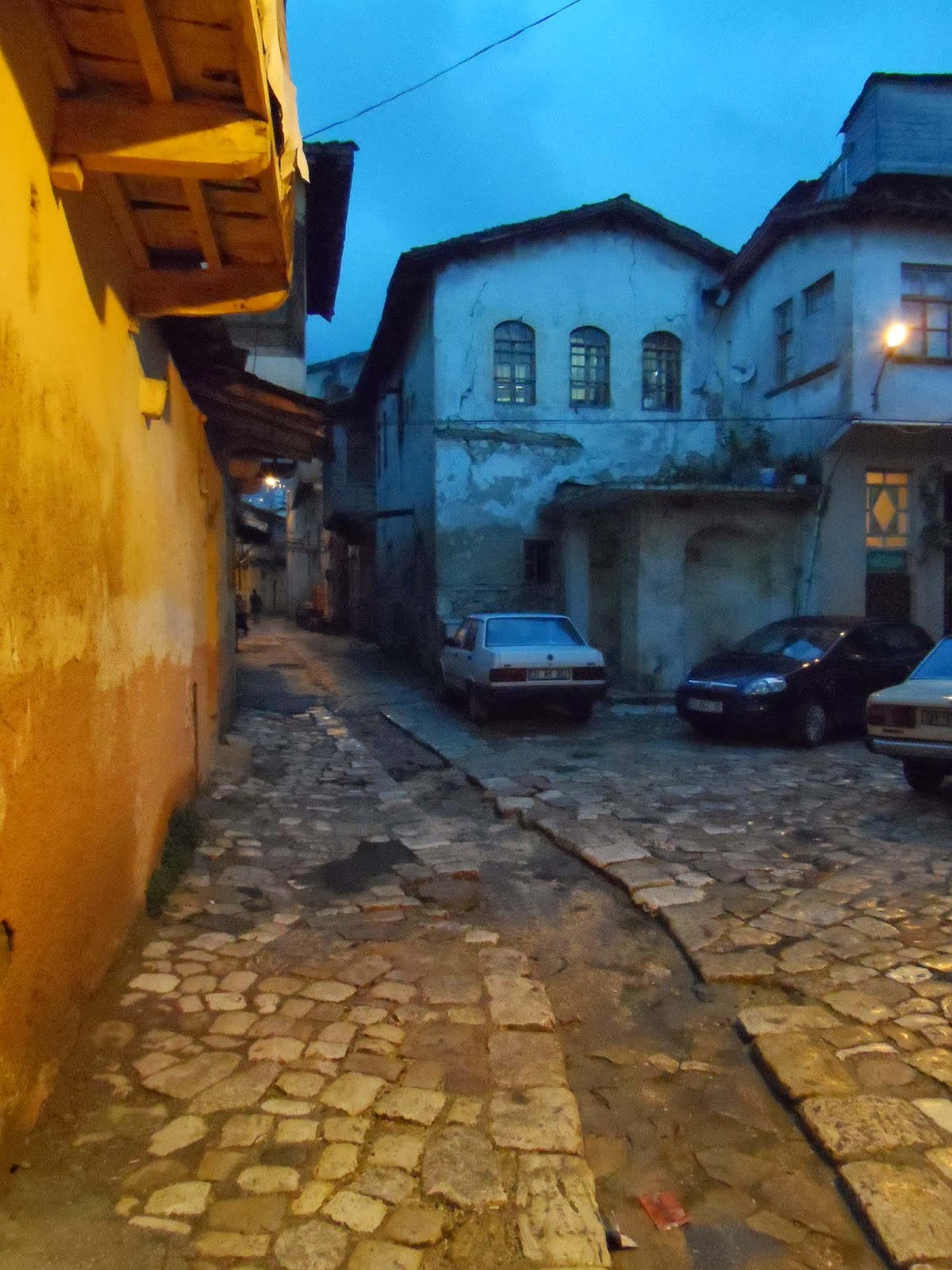 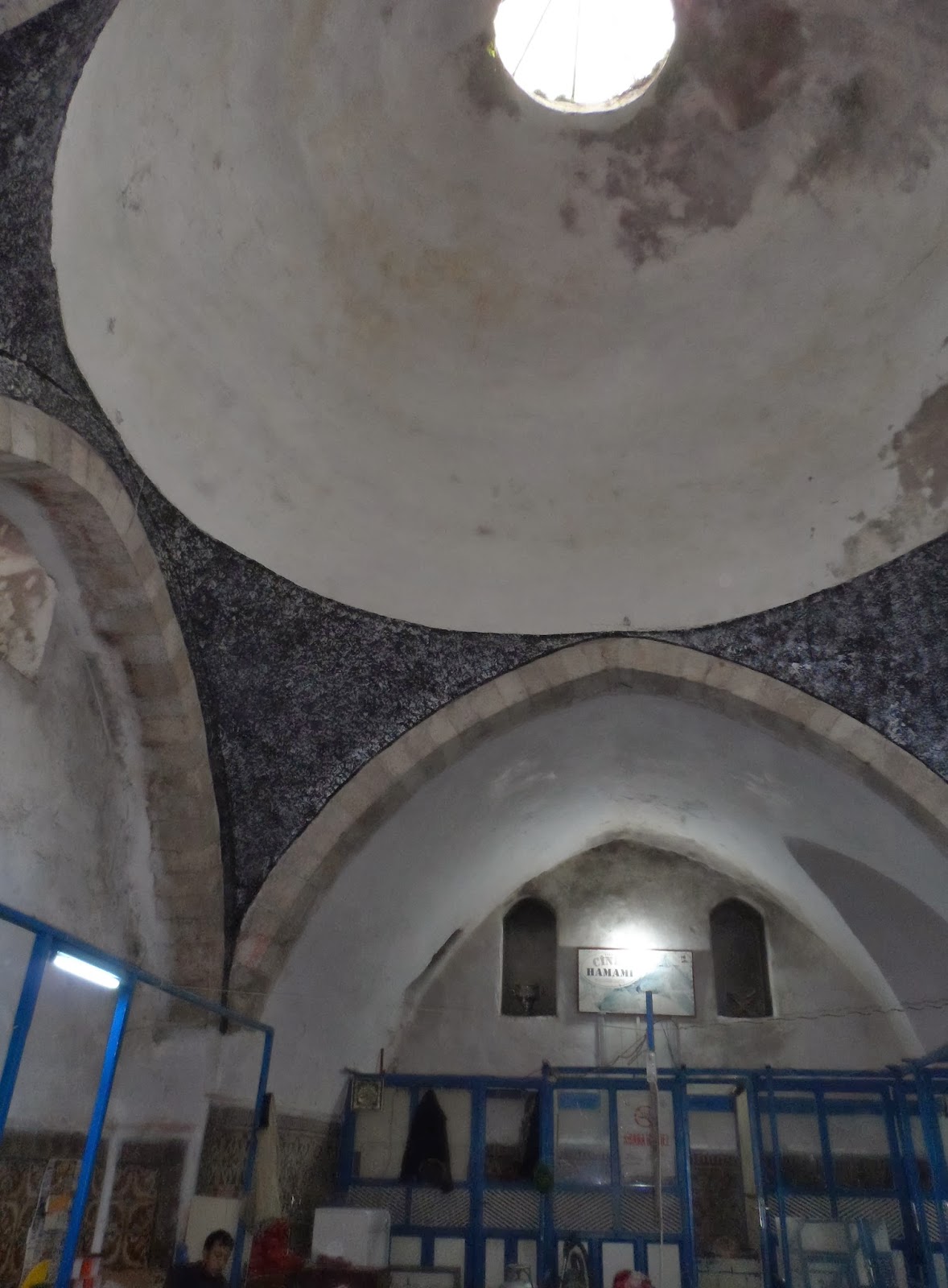 One of the oldest buildings in Antakya is the Turkish bath called Cindi Hamamı. On the official website of the Governor of Hatay, we are told that it was built in 1517 by Sultan Selim the Grim. He was on a campain against Egypt and had bath built for the sake of his soldiers.[i] This was evidently how it got its name Cindi Hamamı, or Hamam-ı Jund as it may have been called. (jundi is Arabic meaning "soldier." 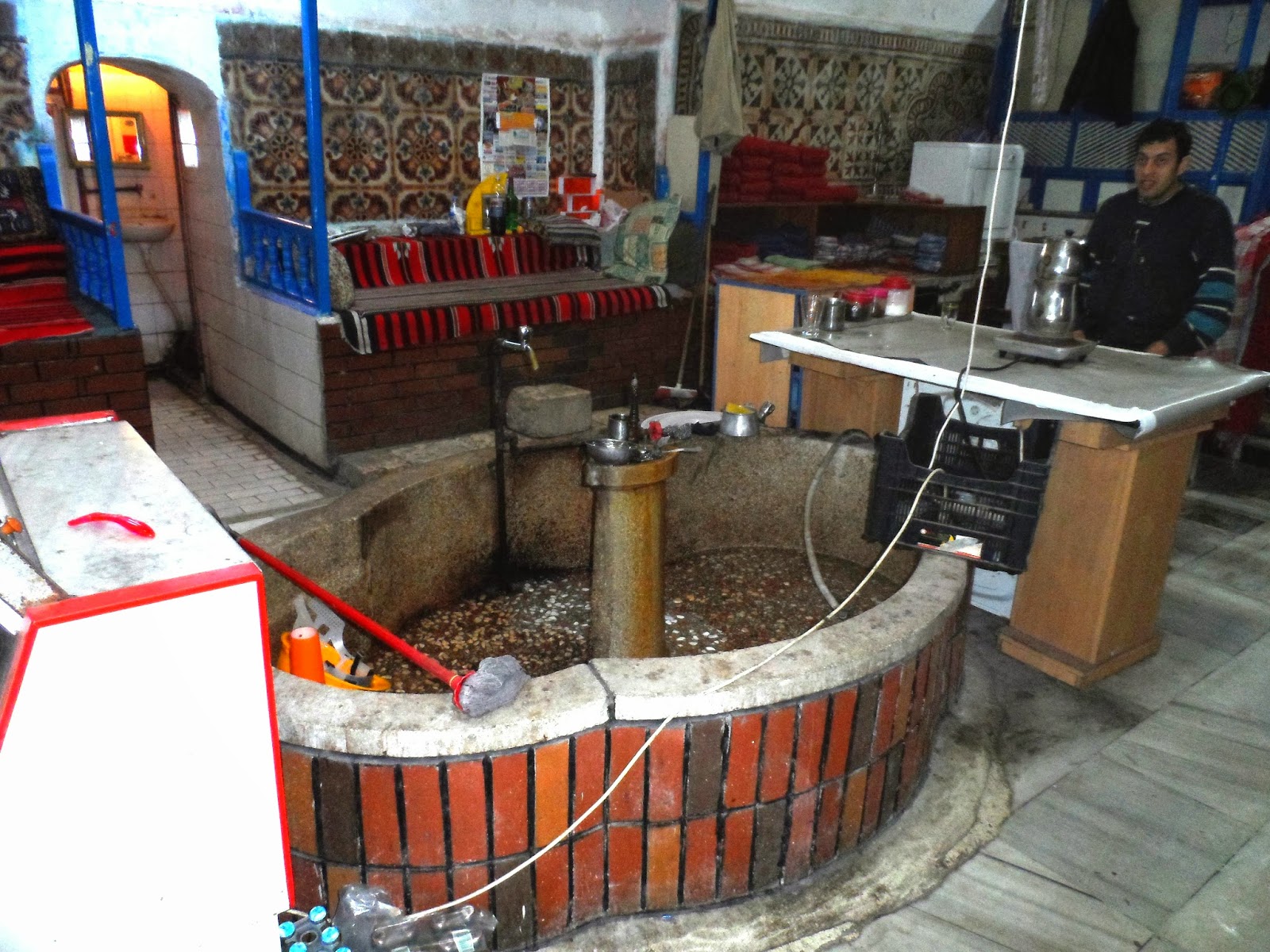 The fountain in the middle of the room with some modern stuff around it.

Some, however, suppose that the bath is even older, dating from the time of the Mameluke Sultan Baybar, who destroyed ancient Antioch in 1268.[ii] It may have got its water supply from one of the big waterwheels at the Orontes nearby. 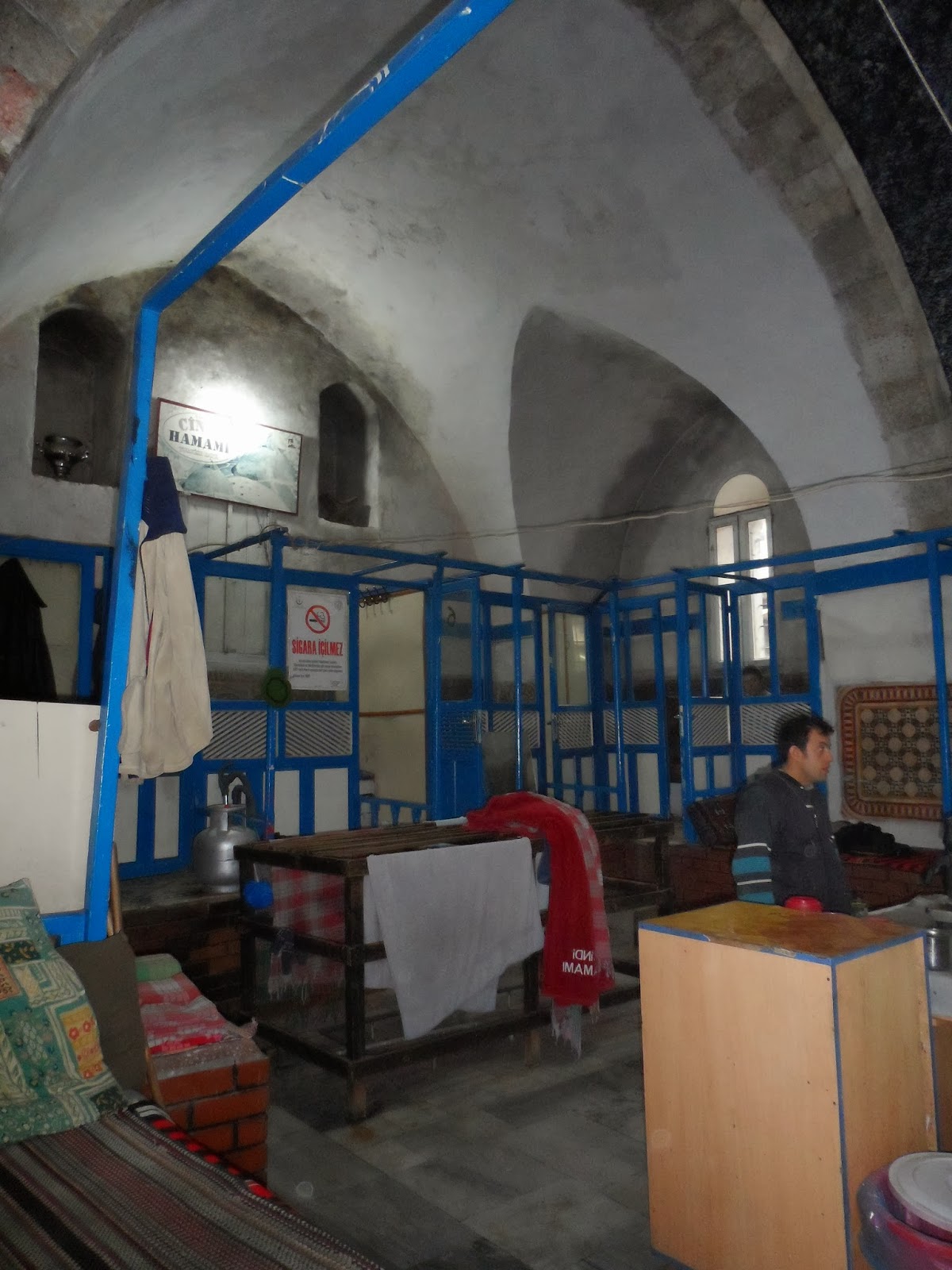 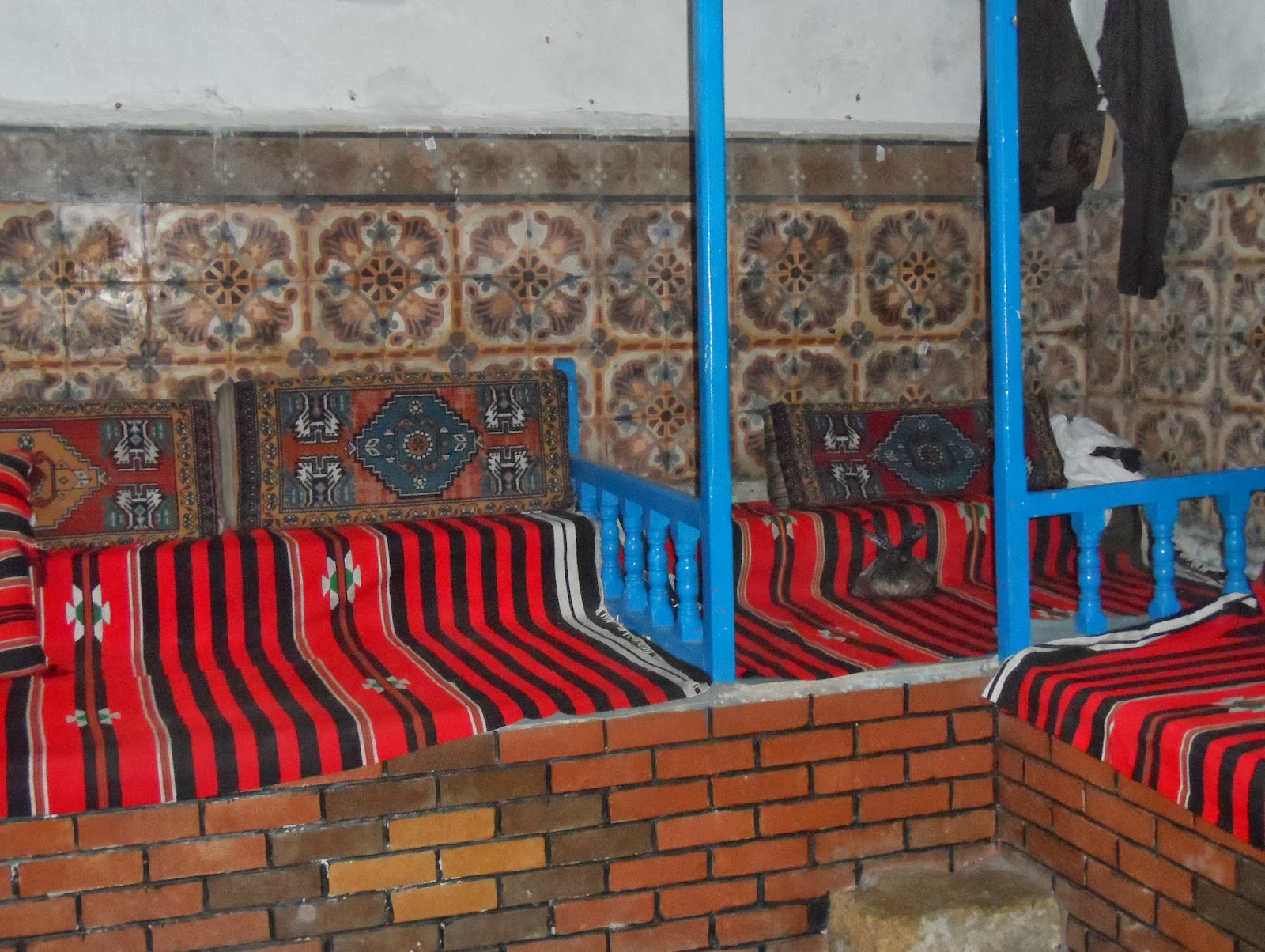 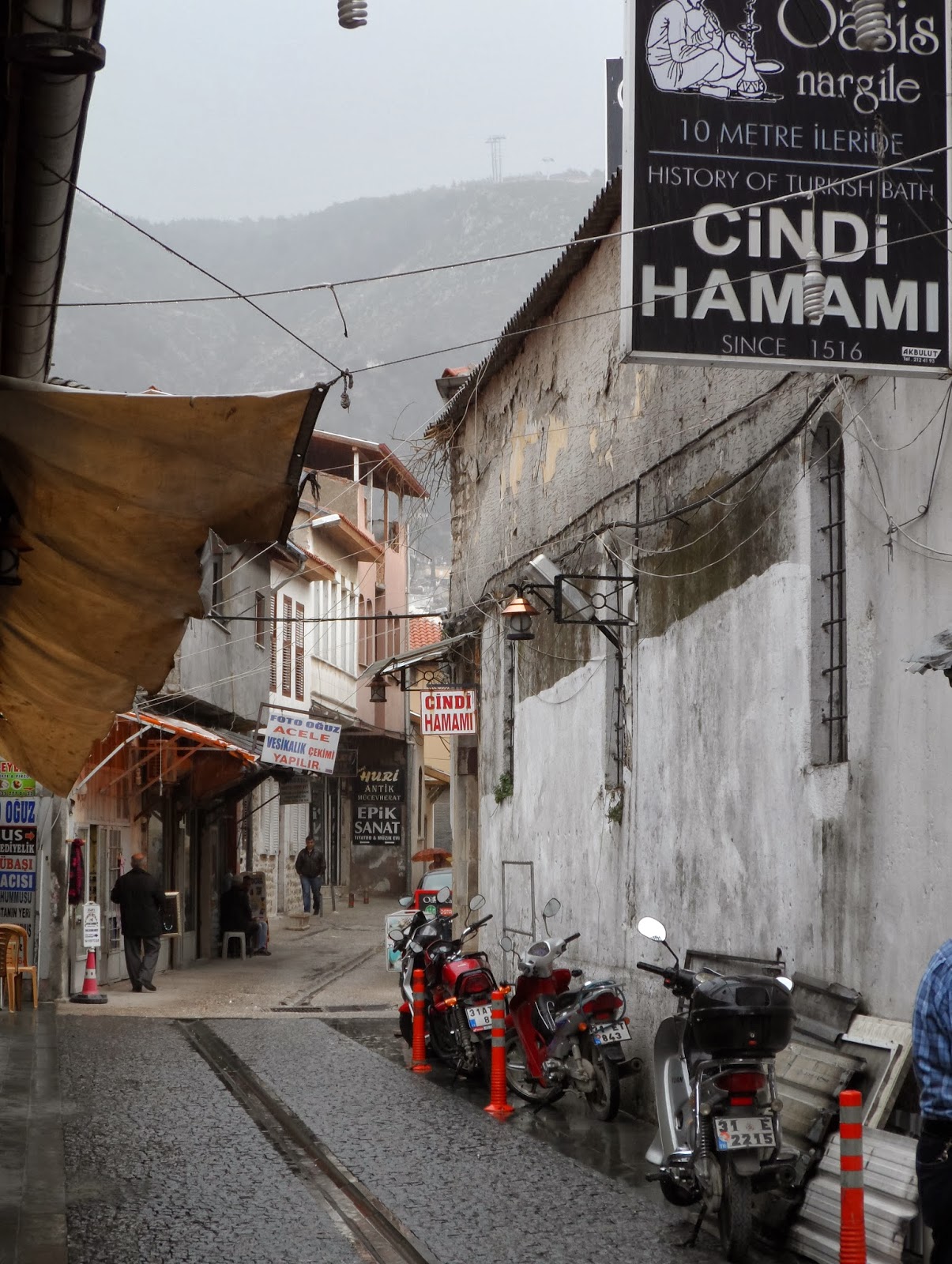 The Cindi Hamamı is to the right with its entrance just after the motorbikes. The street has the impressive name of Kırk asırlık Türk Yurdu Caddesi and runs from the mosque of Ulu Cami (earlier, the Church of the Forty Martyrs) up towards Kurtuluş Caddesi (earlier, The Colonnaded Street). The original Seleucid west wall of ancient Antioch more or less followed this street. Up in the background you see Mount Silpius.