Aleppo and Damascus seen from Antakya

In good old days Antioch was the capital of the Roman province called Syria. This meant that she was more important than both Damascus and Aleppo. But with the conquest of Syria in the seventh century things started to change. Aleppo became an independent emirate and Damascus became the capital of the Umayyad Empire. The Umayyad rule eventually fell to the Abbasids in Baghdad, but Damascus continued to be more important than Antioch – or Antakya as it was now called.

Antakya has regained some of its importance under the Turkish Republic, but a visit to the three cities clearly shows the visitor that Antakya is far behind her two sisters. Antakya is a small town of 200.000 souls while both Aleppo and Damascus are metropolises with millions of inhabitants.

It is easy for people of Antakya to visit Syria. They do not even need a visa to cross over into Syria. But if you are not a Turk or an Arab things are more complicated. The Turkish side is easy, but at the Syrian side the undaunted traveller is met with a curious combination of Ottoman bureaucracy and French legalism of the former century. Forms have to be filled and stamped and all details about the traveller are registered on old computers by policemen holding the passport of the guest in his one hand while pecking the keyboard with one single finger of his other hand. You feel lucky when you manage to get through.

Syria has also introduced another oddity: You have to pay to get out of the country. You have already paid for your visa, but when you leave the country you have to pay something like 10-15 dollars to get safely back to Turkey. It is fine to go by bus when going to Syria, but on the way back buses may stay for hours in customs while private cars and taxis get through easily. And taxis from (and to) Aleppo are cheap. You pay about ten dollars per person for one way.

Aleppo and Damascus have many things in common with Antakya. Architecture of the old Syrian houses are similar although these houses in Aleppo and Damascus are bigger and more well-preserved that those of Antakya. It even applies to the simple unpretentious houses in the old part of town. In Damascus the inhabitants of the old quarters see to it that their houses do not fall apart. In Antakya the owners simply leave the house and let it fall into disrepair, perhaps hoping that it will topple over so that a concrete monstrosity can be built instead.

As also seen in Antakya some of the old buildings are used as restaurants. They are built in several storeys with a big yard in the middle. The restaurants usual have a removable “roof” of plastic or canvas over the courtyard so that guests are not harassed by dew or rain.

The religious tolerance so peculiar to Antakya is also seen in Aleppo and Damascus. In Damascus there are many Christians. You see churches and hear church bells blending with the Muslim call to prayer. Aleppo has many Nusayri Alewites, Armenian Christians, Catholics and members of the Orthodox and Syrian Churches together with the majority of Sunni Muslims. You see women completely covered in black and women in clothes so tight that you believe that it is sprayed on. Although the Muslims are in majority no attempt is made to change the dress code of others or to prevent the ringing of church bells. One may wonder where some countries in Western and Eastern Europe have dug up their bigotry.

In Aleppo the old Hotel Baron still exists. It has had so famous guests as Lawrence of Arabia, Agatha Christie (she wrote The Murder on the Orient Express there), Gertrude Bell and even the “father” of the Turkish Republic Mustafa Kemal Atatürk. And by the way, King Faisal declared the independence of Syria from one of the balconies – presumably the one from where some of the guests were shooting ducks at another occasion. At that time the hotel was outside the city. This has changed. The noise of traffic is as unbearable as it is in all other big cities of the Middle East.

Besides the two Syrian mega-cities Antakya in Turkey is a very small place – less interesting, but a lot more relaxing to live in.
Posted by JCE at 11:48 No comments: 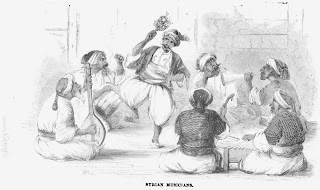 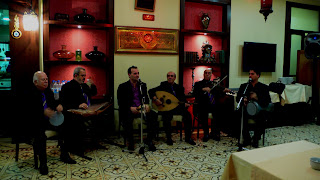 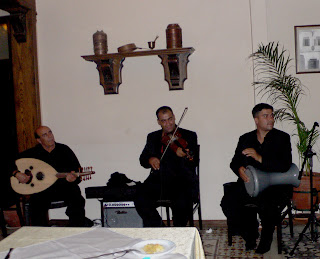